Worried People Will Think You’re Just Getting In On The Latest Fad? Here’s Why You’re Not. (A Brief Look At Minimalism and Simplicity Through The Ages) – Ecologic America

Worried People Will Think You’re Just Getting In On The Latest Fad? Here’s Why You’re Not. (A Brief Look At Minimalism and Simplicity Through The Ages) 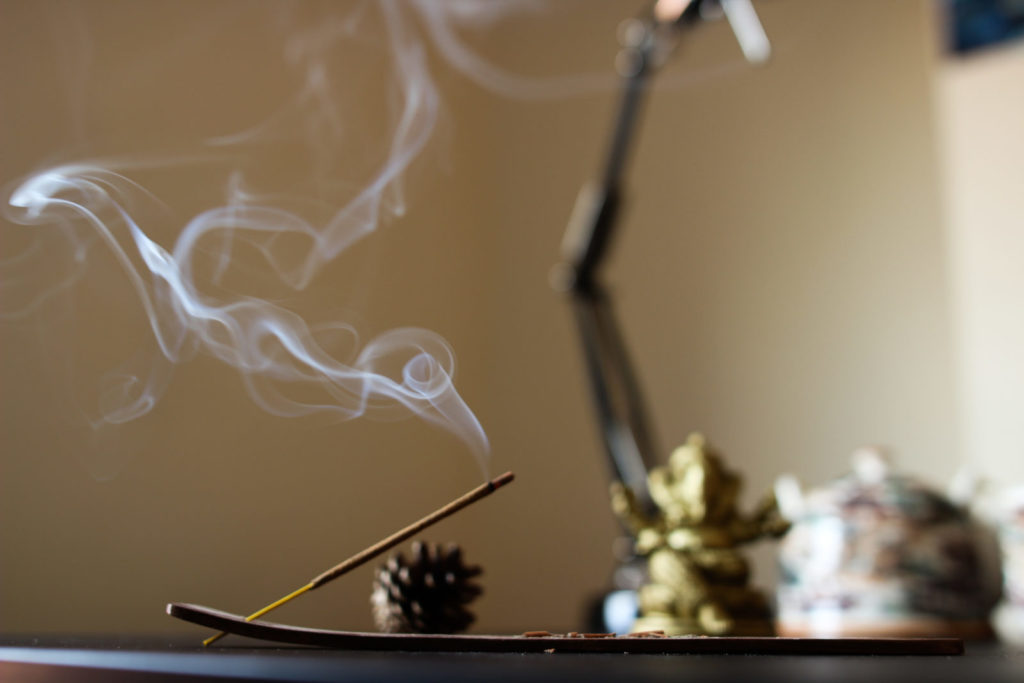 Minimalism and simple living are definitely gaining speed as valid lifestyle choices (which, as you know, makes a whole of sense on so many levels given the context of today’s world!). Nevertheless, there are still a lot of people who dismiss it as yet another passing trend. Of course there are plenty of people and sites pushing minimalism in skewed ways….but there are also of people practicing and promoting minimalism in an authentic way and experiencing the true benefits of simple living on a daily basis. The other thing is, minimalism, while having a bit a resurgence at the moment, is in no way a “new” idea or passing fad – it’s been around in public and private discourse, and often as the everyday “norm” for centuries! Let’s look at some of the history of minimalism and simple living as movements that go way back…

“The simple life is an authentic life.” Kilroy J. Oldster

For the purpose of this text we’re obviously talking about simple living and minimalism as lifestyle choices, and using the terms as equivalent. “Minimalism” as a term was made popular however more during the 1960’s and 70’s as a specific aesthetic movement in art, design and music. It’s important to make the distinction between architectural and artistic minimalism, which has certain “elitist” connotations in many circles, and lifestyle minimalism, which, while still having an aesthetic aspect, goes way beyond that to include people’s core values. Especially when practicing holistic minimalism.

There’s definitely some credibility to the feelings of some that minimalism as a lifestyle choice is based in a certain amount of privilege. It’s true that if you’re at a point in your life where you can choose to own less, it means you’ve probably reached a point of having enough to be comfortable meeting your basic needs! There is a huge difference between voluntary simplicity and enforced poverty. It’s also true that up until relatively recently, say the last 70 years or so, there was no need for people to choose simple living as we now define it, because most people didn’t have the option of luxury and overconsumption, except for a very thin upper crust.

You could think of it a bit like the way, not that long ago, organic vegetables didn’t need to be labelled “organic” because everything being grown was being grown organically…. The majority of people lived in smaller spaces, had less time and disposable income, actually had to spend a lot of their time doing physical labor, and didn’t have access to the sme types of “entertainment” that are available now. Leisure time was more about socialising and less tied to technology.

Of course even then there have always been those who choose to completely and utterly reject the material aspect of the world. The extremes of this tend to be linked to religious practices such as becoming a monk, nun or ascetic. That’s taking things to a whole other level! For now, let’s stick to examples of less extreme life paths, though you’re free to explore to whatever degree you want!

“Do not spoil what you have by desiring what you have not; remember that what you now have was once among the things you only hoped for.” Epicurus

Though today an epicurean is understood as someone who is a “connoisseur” of the finer things in life (such as art, food, etc.), Epicurus was an advocate of extreme simplicity, to the extent of recommending celibacy as a way of life, an argument he based on the belief that sexual intimacy led to eventual dissatisfaction with your partner and thus, unhappiness. His entire philosophy, founded in around 307 B.C., was essentially focused on how to live the happiest life possible. Of course, his definition of happiness was that “the greatest good is to seek modest pleasures in order to attain a state of tranquillity, freedom from fear (“ataraxia”) and absence from bodily pain (“aponia”),” but given the times, we can cut him some slack.

This also meant not partaking in anything that would lead, in his mind inevitably, to unhappiness (such as sex, apparently, but also eating rich foods, which he believed would lead to eventual unhappiness when you couldn’t afford such luxuries in future …). While tending to the extreme, his main philosophy was simply that of cultivating a personal tranquility “through knowledge of the workings of the world and the limiting of desires. Thus, pleasure was to be obtained by knowledge, friendship and living a virtuous and temperate life. He lauded the enjoyment of “simple pleasures.” [1]

His writings are chalk-full of great quotes about simple living, such as “not what we have but what we enjoy, constitutes our abundance,” “He who is not satisfied with a little, is satisfied with nothing ,” or “do not spoil what you have by desiring what you have not.” After the rise of Christianity in Rome Epicureanism was suppressed, but reappeared on the scene with French philosopher and priest Pierre Gassendi in the 16th century, and, perhaps better known, with Thomas Jefferson who also called himself and Epicurean. But yeah. Simple living, a.k.a. minimalism, goes back in classic European culture to at least the 3rd century B.C.!

49.3 Minimalism in Indigenous Cultures Across the Globe

“The frog does not drink up the pond in which he lives.” Sioux proverb

It goes almost without saying that the whole idea of simple living is and has been a pillar of all earth-based cultures across the globe, from pagan European cultures to First Nations to Mauri to Australia’s aboriginal population, to the Sami of now Scandinavia. The thing is that, as with people living in the pre-information and pre-industrial eras, there was no need to define simple living as such. It was just “life.” While for most indigenous peoples, in North America at least, simplicity is now more a matter of enforced poverty thanks to ongoing colonialism and oppressive government policies, there are still many living in line with principles that are being made more popular in the “mainstream” now through lifestyle choices like minimalism.

And this isn’t a matter of pedestalizing or idealizing all those “primitive cultures” that “used to live in harmony with nature.” These cultures are still alive and more relevant than ever. Specifically because they can help the “mainstream” relearn how to live simply and stop the destructive (individually and globally) cycle of overconsumption. Many people from all walks of life are waking up to the common sense of limiting consumption and working to bring the wisdom of Indigenous core philosophies into the public and political sphere. Anywhere in the world, any culture that developed in harmony with natural principles (i.e. the principles that ensure ecosystems survive and thrive over centuries) is going to practice self-regulation and veer away from excess. It just “makes sense.” Overconsumption is basically the frog drinking up the pond in which it lives…

If you think about simple living in this context, choosing to live a holistic minimalist lifestyle connects you to centuries and centuries of cultures and traditions across the entire globe. Why? Because, it makes sense!

49.4 Minimalism: The Thing That Unites (Most) Religious and Spiritual Paths

“One gives freely, yet grows all the richer; another withholds what he should give, and only suffers want.” Proverbs 11:24

Whether or not you have any interest in religion or spirituality, it can be interesting and useful in discussion with those who are observant or practicing, to know that minimalism and simple living is backed up by just about every tradition you can think of! Sufism, buddhism, islam, christianity, judaism…all of these religions and spiritual paths (and seriously, pretty much any and all spiritual traditions you take the time to really look into!) encourage us to live with little and be content with what we have. This aspect of things may not be the focus of everyone who follows a religious or spiritual life path, but it could be… if people chose to notice just how much emphasis there is on simple living in all the founding texts!

There are also lots of religious “subgroups” that do make simple living the main focus of their practice, such as the “Plain people.” The plain people all branched off from christianity and include groups like the Shakers, Mennonites, Amish, Hutterites, Amana Colonies, Bruderhof, Old German Baptist Brethren, Harmony Society, and some Quakers (the Quaker Testimony of simplicity for example states that, as you may have guessed, a person ought to live her or his life simply). So again, if you look even at purely the history of world religions you can see very clearly that minimalism and simple living is not a “new passing fad.” It’s actually a central pillar of most wisdom traditions. And whatever you may think of the rest of what various religions have to say, if simple living can cross that many cultural barriers it kinda makes you think there’s something to it….

49.5 What Did Einstein Think About It?

Perhaps one the best known proponents of simple living is our buddy Albert Einstein who said that “a quiet and modest life brings more joy than a pursuit of success bound with constant unrest.” (Ironically, someone bought the piece of paper which Albert Einstein had written said quote on in 1922 after learning about his Nobel Prize in physics, at an auction for 1.3 million dollars.[2] Somebody didn’t get the memo…).

In his book “The World As I See It,” Einstein writes “I am absolutely convinced that no wealth in the world can help humanity forward, even in the hands of the most devoted worker in this cause. The example of great and pure characters is the only thing that can lead us to noble thoughts and deeds. Money only appeals to selfishness and irresistibly invites abuse. Can anyone imagine Moses, Jesus or Gandhi armed with the money-bags of Carnegie?” While Einstein may not have been right about everything he ever said, we can probably all agree that he was a pretty smart guy. Looking to his writings on the importance of simplicity can, at the very least, be good inspiration for your continued evolution as a holistic minimalist, and serve as yet another factual backup of minimalisms’ relevance throughout humanity’s history. There are also lists and lists of famous minimalists present and past to be found online that you can check out at will!

“I wonder how it is that people’s philosophies have come to spin faster than the changing seasons.” Masanobu Fukuoka

Hopefully you’ve gotten enough material to solidify your conviction that minimalism and simple living are not products of the recent past. There’s nothing “trendy” about them, even if certain people choose to not see past the shiny new veneer. Minimalism and simple living are deeply rooted in humanities continuing quest for balance and personal actualization – and, if you listen to the experts, they’re key elements to attaining both!