Tesla Solar Roof is Now Cheaper Than a Regular Roof with Solar Panels. 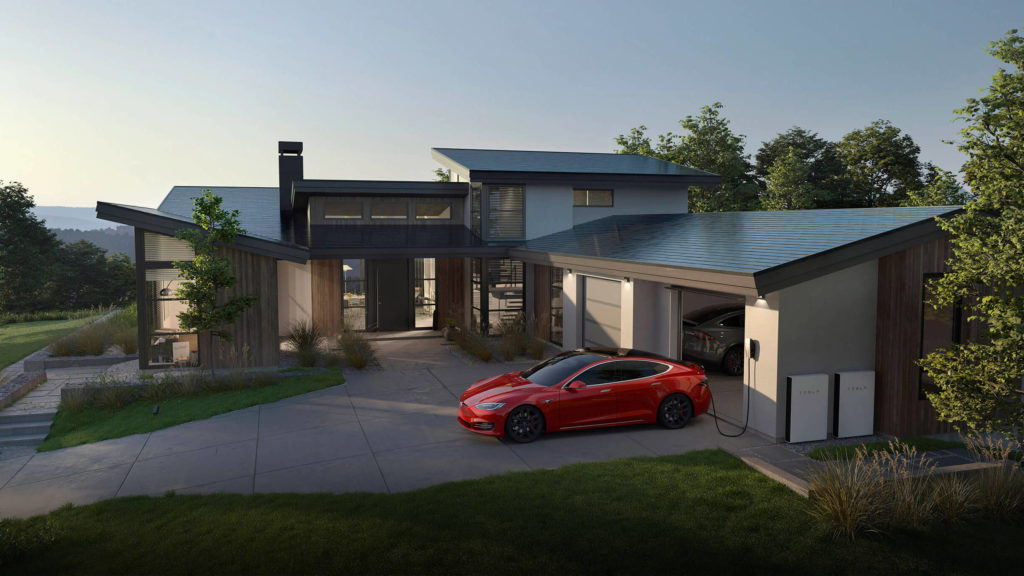 Third time’s a charm, according to a media call with Tesla CEO Elon Musk. Now, about three years following the company’s announcement of the concept, production is finally kicking up. The results are equally stunning as they are impressive. When it comes to efficiency, these roofs are raising the bar. Not only do they display an impeccable style that looks better than standard roofs, but the technology is developed to fully power a whole house.

The specs include a 25-year warranty and protective weatherization. The lifespan of this roof exceeding the life of the home itself says Musk. What’s more, the Tesla solar power roof is patented to withstand wind speeds of up to 130 miles per hour, in addition to generating power. Though the individual panels are less efficient than traditional solar power panels, the Tesla solar power roof is more beneficial overall because it is a complete roof.

Appropriately named V3 Solar Roof, this third iteration is finally ready to hit the market. During the production of versions one and two, the Tesla team were getting their feet wet and still had some kinks to work out. With those now out of the way, they’re ready to crank it up a notch. There was some talk around the speed of installation, which seems the least of Musk’s concerns.

The Tesla brand has proven the importance of quality of their brand, and no less so can the standard be expected for these solar power roofs. He addressed production delays, noting the complexity of challenges that presented themselves in the first and second iterations. Not surprisingly, the installation of this third product launch will only initially be handled by highly trained professionals. An invitation for third-party contractors will come at a later date.

There was talk during the discussion to project the third iteration’s production by offering installathons. Two teams of specialized installers will compete to showcase the fastest installation method. Musk’s incentive will reward the team that can stand up to the challenge to install the full solar power roof in quicker time than it takes for a traditional shingle roof with solar power panels.

An ambitious goal to produce at least 1,000 roofs per week is already underway. The public isn’t privy to the exact number, though Musk did comment at a shareholder meeting in June that production has begun in at least eight states. The company has already started some installations, and Musk has an aggressive timeline that can see the increase of product and installation in the coming year.

Ideal clients of the Tesla Solar Roof would not be those with homes that have relatively new roofs, according to Musk. New homes, or homes in the market for a new roof, however, would be wise candidates.

Considering the average price for a 2000 square-foot roof — including the cost for tiles and installation — the price point far exceeds the value of a standard shingle roof because this roof powers the home with electricity. The estimations consider the cost of a new roof plus the cost of solar panels, making the average cost of this Tesla Solar Roof somewhere in the market of $42,500. After a federal tax incentive of $8,500 — an advantage every homeowner knows and loves — price estimation knocks the ballpark range a few thousand dollars down to about $33,950. The website includes a price estimator with an address feature. Additional cost benefits will depend on your home’s location and other buying incentives.

The first rollout of this third and ready product will have one look, but Tesla intends to add versatility and style to the mix. Homeowners will be pleased to add their own custom style in tiles that resemble clay and other alternative textures now that Musk is confident with Model 3. The company is prepared to face this challenge and exert its attention to power ahead.

Tesla anticipates nationwide installation within a short timeline, with a foreseeable goal in the range of over 100 million homes worldwide — and, knowing the Tesla brand, homes might see these solar roofs picking up in popularity and consumption in no time.