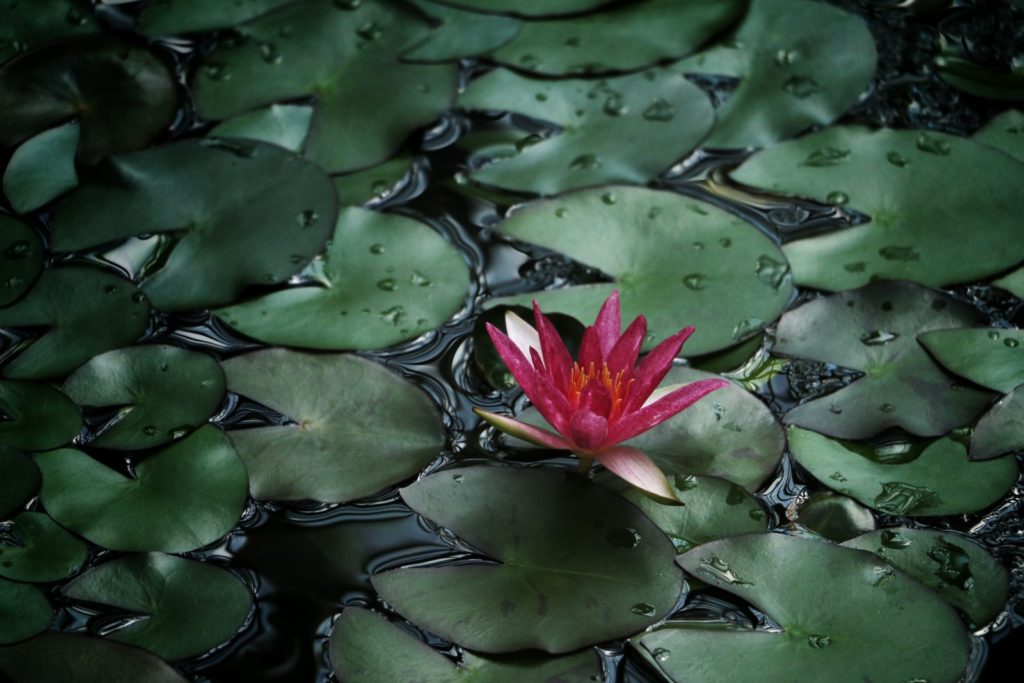 “Simplicity involves unburdening your life, and living more lightly with fewer distractions that interfere with a high quality life, as defined uniquely by each individual.” Linda Breen Pierce.

In making the leap to a holistic minimalist lifestyle you may have to deal with a bit of backlash from people in your entourage who haven’t quite “seen the light” yet, so to speak. Choosing to do things differently forces people to examine their own life choices…which a lot of folks don’t really like doing, because they then may have to admit they’re making not great choices a lot of the time! People may question your motivations or say you’re going through “a phase” or taking part in a passing trend. Sure! They can think what they want! But say you want to explain your reasoning to them, or you would really like to try and get them on board supporting your choices, for whatever reason? Or you need to just remind yourself why this shift is so important to you, despite rocking the boat with your family, friends or colleagues. Here are some idea of where to start….

“The intention of voluntary simplicity is not to dogmatically live with less. It’s a more demanding intention of living with balance. This is a middle way that moves between the extremes of poverty and indulgence.” Duane Elgin

Sheryl Crow said it best. Generally speaking, if someone you care about is making a change in their lives that seems to be making them happy, “it can’t be that bad.” If there are people close to you who don’t seem to have any level of “compersion” (the feeling of happiness we get from seeing someone we care about being happy) for your newfound path, when you’re truly digging it, you should first stop and ask yourself what it might be bringing up for that person. It’s unlikely that if they truly care about you, they want you to be unhappy. However, they may, for example, be struggling in their own lives and thus finding it hard to support a friend, like yourself, who’s actually being proactive about their life instead of staying “stuck” in old habits (the way they possibly are). They may be feeling like “victims” of life instead of active creators of their own reality.

Another possibility is that, as mentioned above, your choices are forcing them to confront the fact that there are actually other ways of living then the mainstream overconsumption model. For some people this is asking them to reconsider the paradigm on which they’ve based their entire life! That can be a lot to ask! You may just need to be patient while they work out their internal conflict and realize what’s going on. You may also have to accept that they might just never be capable of facing the facts!

Some people aren’t ready or willing to have their worldview challenged. In those cases, you can just stick with the “live and let live” principle and focus on the fact that you’re just making some “harmless little life choices” that work for you, “but hey! It’s not for everybody!” Keep it simple and non-threatening for the more confrontational or hardened in their ways! In other words, don’t get dogmatic about it! Be open to sharing your revelations, but don’t try and shove your minimalist enlightenment down anybody’s throat. It’ll be obvious when the idea resonates with certain people, and then you can get into the many layers of why minimalism makes so much sense to you (and could actually work for anyone, if they want it to!).

39.2 Just Because Something is “Trendy” Doesn’t Mean It’s Superficial by Default

“One of the advantages of being born in an affluent society is that if one has any intelligence at all, one will realize that having more and more won’t solve the problem, and happiness does not lie in possessions, or even relationships: The answer lies within ourselves. If we can’t find peace and happiness there, it’s not going to come from the outside.” Tenzin Palmo

There is more and more buzz about minimalist living and some people will tend to reject it simply because it appears to be “trendy.” The cooler then cool folks may act like you’re just in it for the instagram photos. If you’re reading this, it’s probably fair to say that’s not the case! While again, you do need to solidly accept that some people just won’t ever get your perspective, you can also point out that simply because something’s trendy doesn’t mean it’s superficial or negative. That’s like saying you won’t eat bananas because too many people love bananas and you think a lot of those people only like bananas because everybody likes bananas. It just doesn’t hold up. Different people will have different motivations for liking and eating bananas.

If you feel that you can have a deeper conversation on the issue, explaining the profound ways in which minimalism has positively impacted your life is one of the best ways to demonstrate the commitment and/or real impact of this type of lifestyle change on your life. Again, anyone who has a vested interest in any kind of relationship with you (and who isn’t too caught up in their own patterns and unconscious dynamics) will be able to hear you and realize the difference between your experience and that of someone just jumping on the next popular fad.

39.3 Happiness As Choice And Science

It’s important to remember that minimalism in and of itself is not actually going to “make” you happy. The same way someone can’t “make” you feel jealous, sad or excited. You’re actually responsible for how you feel and react things. That being the case, happiness is a choice. Sure there are certain terrible situations that it could be nearly impossible to be happy about, but you can still choose to be in a positive (resilient and proactive) or a negative (defeatist or victim) mindset.

People who are generally “happy” tend to also be self-aware enough to know that their basic level of happiness is a choice, and know how to take action to change circumstances that are negatively impacting their mental and physical health. All that to say, that while science shows lots of reasons why minimalism could create good conditions for happiness, it’s still a subjective issue. If you’re clinging to a negative outlook on life, shifting to minimalism won’t magically change that for you. It will create conditions in which you may have more time, space and impetus for self-reflection, which can trigger amazing personal transformation.

That being said, it is clear from research that having more money and more stuff after a certain point (once you’re able to provide for your basic needs) doesn’t actually increase people’s self-perceived levels of happiness. As minimalist writer Lee Hughes puts it, “money can buy short term happiness but you will eventually turn to your level of happiness before financial gain. This puts you in a vicious materialistic circle in which you strive to achieve long term happiness through the constant purchase of material items.Not healthy.”[1] Studies in fact suggest that generosity and spending on others actually makes people happier than spending on themselves!

The 2008 study states that “spending money on other people may have a more positive impact on happiness than spending money on oneself. Providing converging evidence for this hypothesis, we found that spending more of one’s income on others predicted greater happiness both cross-sectionally (in a nationally representative survey study) and longitudinally (in a field study of windfall spending). Finally, participants who were randomly assigned to spend money on others experienced greater happiness than those assigned to spend money on themselves.” [2] If you want to find more science backing up your shift to minimalism, there are tonnes of studies out there showing the positive effects of less focus on materialism and more focus on simplicity and truly experiencing life.

39.4 Minimalism Has Been Around For Centuries

So science is finally catching up and proving that materialism is not they key to happiness. That’s basically what every culture, spiritual path and great poet has been saying for most of human civilization! You can use ancient texts from just about any culture or religion to explain minimalism to someone if you have to.

From the Seneca First Nations saying “The greatest wealth is a poverty of desires,” to Afro-Roman theologian Augustine of Hippo “Order your soul. Reduce your wants,” to the bibles “one’s life does not consist in the abundance of his possessions,” (among hundreds of other pro-simplicity quotes in there) to Buddha’s “To live a pure unselfish life, one must count nothing as one’s own in the midst of abundance.” Pro-minimalist texts abound in both ancient and modern wisdom. Irrespective of your own beliefs, these can be a useful sources when trying to explain minimalism to people of a more religious or spiritual ilk!

39.5 The Bottom Line: Meaning Is More Important Than Materialism

Harold Kushner. “Our souls are not hungry for fame, comfort, wealth, or power. Our souls are hungry for meaning, for the sense that we have figured out how to live so that our lives matter.”

It really is as simple as that! For anyone who can’t comprehend or who second guesses your choice to live more simply, this is really what it boils down to. Whether you call it minimalism, simplicity, conscious living, downsizing, decluttering, reorienting your life…it’s really just about centering your life on principles and values that make sense to you as a way of accessing that deeper sense of meaning to your existence. Minimalism is simply a tool for cutting through all the bullshit getting in the way of your sense of purpose. Period.

“If one’s life is simple, contentment has to come. Simplicity is extremely important for happiness. Having few desires, feeling satisfied with what you have, is very vital: satisfaction with just enough food, clothing, and shelter to protect yourself from the elements.” The Dalai Lama

If you’re lucky you’re surrounded by supportive, conscious individuals who will totally back you up in making the shift to a minimalist lifestyle! But for those of you who may get stuck in conversations trying to explain your choices to others, here are some potential tracks you can take…

Lin Yutang. “The wisdom of life consists in the elimination of non-essentials.”