Buying a Used Car vs. Buying a New Car vs. Leasing – Ecologic America

Buying a Used Car vs. Buying a New Car vs. Leasing 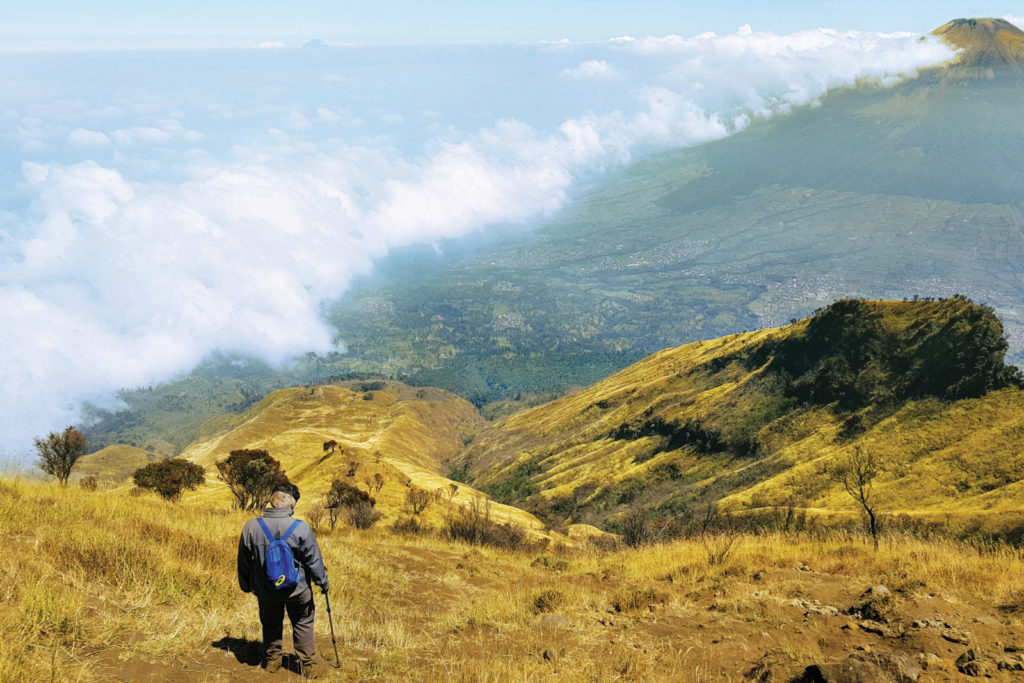 Some people refer to car buying as an art, but there may be more money to be saved by applying some math and science. Yes, negotiation plays a role in getting the right price, but math can point you toward the right type of vehicle and can save you tens of thousands over the course of a lifetime.

New cars are shiny, and they have that great new car smell. There aren’t any dings or spilled-coffee stains on the upholstery or carpeting and they can make us feel like we’re on top of the world. If well cared for, a new car can give you well up to 200,000 miles of service. There’s value in a new car, but what we are analyzing is whether buying a new car provides the best value when compared to buying a used car or even leasing.

For all the feel-good benefits of buying a new car there are some drawbacks, perhaps all of which play into the math when choosing new versus used versus leasing.

Depreciation refers to how much of a car’s value is remaining. Originally used as an accounting tool to help businesses account for the remaining useful life of equipment, depreciation takes a discount for wear and tear due to age but also for simply not being new anymore, which happens immediately after purchase. A $30,000 car that has depreciated by 20% is now worth $24,000, or $6,000 less. This example reflects the average depreciation of a car in one year.

Unless you own a coveted collectible, cars depreciate rapidly, particularly during the early years of ownership. On average, cars lose about 60% of their value in the first 5 years. This doesn’t make cars unique. Your laptop, cell phone, household appliances, clothing, and most other items depreciate as well. As soon as these items leave the store, they are used merchandise and are worth less than you just paid. We accept this reality with most consumer goods. However, with cars, the purchase is much larger and the hidden cost of depreciation is worth looking at more closely.

Most of us know that a car depreciates the moment you drive it off the dealer lot, but it can be useful to understand the cost of depreciation in more detail. To be fair, we’ll work with averages because some makes of cars depreciate much quicker than others, including some mid- to high-end makes. Depreciation as it relates to cars also considers market resale value. It’s not just an accounting tool as depreciation was in its early days. For cars, expect the value to be affected by market prices, various types of damage, accident history, service history, and mileage. Features can also affect the value of a car over time, with vehicles equipped with more safety features holding a higher percentage of their value when compared to “less safe” vehicles.

Driving off the lot

To be fair, whether buying new or used, the vehicle you just purchased is worth less the moment you drive it off the lot. For new cars, a large part of the depreciation is because the vehicle is no longer “new”. Even though the title will take time to transfer, the title history will show that the vehicle has changed hands and anyone who purchases the vehicle after you will be a second owner. For used cars, the title history comes into play as well, but the dealer profit plays a bigger role. If the dealer made $1,000 on the sale of the used car, the car is probably worth at least $1,000 less than you paid for it. While loss of value due to dealer profit may not fit the standard definition of depreciation, the financial effect is the same for the consumer; the vehicle is worth less the minute you drive it off the lot in most cases.

There’s often a difference in the cost for borrowing depending on whether the car is new or used. Used cars typically have higher interest rates for financing and often have shorter loan terms because more of the vehicle’s useful life is gone.

The cost per mile of owning a vehicle can be a complicated equation or it can be a simple calculation if you’re willing to overlook some of the minutiae temporarily. More complex calculations can include the cost of property tax, the cost of tires, hourly labor rates and anticipated repairs, and many other small details that can be difficult to track down. A simpler approach can often point you in the right direction without the extra work.

To use a simpler approach, you can focus on the cost of the vehicle and the remaining life of the vehicle. It’s nearly impossible to know how much a longer vehicle will last so it’s better to focus on a set amount of mileage and assume that when the car reaches that mileage, you’ll sell it, trade it, or give it to someone else.

If you purchase the car new, it has very few miles on it, usually almost zero. If that new car cost you $30,000, you would divide $30,000 by 200,000. That will give you a cost of 15 cents per mile during your ownership of the car, which ends at 200,000 miles. There are other costs as well, including service, fuel, insurance, registration, and taxes. In this case, we are focusing on just the cost of the serviceable life of the vehicle.

To compare some other examples, let’s say you bought the same type of car, but you bought it used. Your used car has 75,000 miles on it. On average, we put about 15,000 miles per year on a car. The car has depreciated by about 60% by this time but the dealer made a small profit, so let’s assume you picked up the car for $13,000.

Here’s how we arrived at that price:

When comparing the cost of the used car to the cost of the new car, you’re paying nearly 50% more for the new car. The math can be even more dramatic, however. Many people don’t keep a car for 200,000 miles. Instead, they trade in their existing car when it’s paid off or before the loan is paid off, which makes the cost of buying the car even more expensive when looking at cost per mile.

Cost per mile per year

All of that can seem a bit abstract because it doesn’t instantly translate into money you can count. To make the math more relatable, you can look at your monthly cost and we can revisit all three scenarios.

Since we’re working with an example in which a car is traded in after 5 years, we can look at the savings that happens every five years by buying a used car.

Trading the car in after 5 years costs an extra $10,200 when compared with buying the car used or $6,750 when compared with keeping the car until it reaches 200,000 miles. If you fall into the habit of trading in cars after similar amount of time, expect that trend to continue for every 5-year period. If you buy your first new car when you are twenty and continue trading in cars every five years until you are sixty-five, your additional car-buying cost could be over $90,000.

Used cars as an investment

In our examples, the used car is essentially worthless by the time you replace it. However, if you invested the extra money you saved in an index fund and returns stayed consistent with the average historical returns for the S&P 500 (about 10%), that same 45-year period would give you an investment worth $1,466,565. This is based on a monthly savings of $170, the difference between trading in a new car every 5 years and buying used cars that you keep until 200,000 miles.

If that seems too good to be true, we can use a much more conservative investment return for our example. Let’s assume that you have terrible luck and your portfolio only returns half of the average return of the S&P since 1928. You only make 5% average annual return. By buying used cars and investing the $170 per month that you save by not trading in new cars every 5 years, you would have over $325,000 after 45 years invested with a 5% annual return.

What about auto leasing?

Leasing has become an increasingly popular way to own a vehicle. However, you never actually own the vehicle unless you buy it at the end of the lease. Much like when you lease an apartment you are paying to use the space, when you lease a car, you are paying to use the car. Unlike leasing an apartment, a car lease has rules on how much “use” you get, in this case, an annual mileage limit. Many advertised lease specials are for 12,000 miles per year or fewer and leases tend to run 2-3 years, although you may find a 4-year lease for some vehicles. You may also be able to negotiate a higher-mileage lease, perhaps one that allows up to 15,000 miles per year. What this means is that over a 3-year lease, you can put up to 45,000 miles on the car.

Leases can seem complex – and they are – but in effect, you are paying for the depreciation as well as some additional costs, like financing, which is called a “money factor” in an auto lease. All the figures in a lease stem from the capitalization cost, or “cap cost”, which is the negotiated price of the vehicle. Some leases refer to the cap cost as the lease price. The cap cost includes the price of the vehicle, any remaining balance from your trade, and acquisition fees, which may not always be apparent. The cap cost or lease price can often be negotiated and will reduce the cost of your lease if you’re able to negotiate a lower figure.

Another important part of a lease is the residual value, which is the amount the leasing company says the car will be worth at the end of the lease. Expect this number to be between 50% and 58% of the cap cost. The difference is the depreciation you’ll be paying for in your lease.

In a 36-month lease for a car with a $30,000 cap cost and a $17,400 residual value (58%), the monthly cost of the lease is $360. In this example, we left out finance charges and acquisition fees, both of which would increase the cost slightly. In this example, the residual value is optimistic and assumes a car with a high resale value. In many cases, the residual value will be a lower percentage, driving up the cost of the lease. For a car with a lower resale value, the monthly leasing cost may exceed $425. While the numbers can seem lower when compared to buying a car with a 4- or 5-year loan, continuous leasing is the most expensive way to “buy” a car when you consider the cost per mile because you don’t benefit from the full useful life of the vehicle; when you trade in your lease, the vehicle is resold and the used car buyer gets the remaining miles.

In the example above, the cost per mile for the lease is between $0.29 and $0.34 per mile, assuming 15,000 miles per year for a 3-year lease and depending on the residual value of the car.

The simple way to calculate this for yourself is to add multiply the monthly leasing cost by the number of months in the lease. Then divide by the total number of miles allowed by your lease to arrive at your cost per mile.

Purchasing a used car that’s in good shape is the by far most affordable way to purchase cars. If you’re able to stay disciplined in your car purchasing and invest the money you save each month, buying used cars as opposed to trading in cars or leasing just might pay for a good part of your retirement.